Open Letter to Our Community

Open Letter to Our Community
Posted by admin on November 13, 2018 in News, Open Letter, thisiscommunity
0 Comments

Please see the Open Letter below:

The citizens of West Niagara have been watching events around West Lincoln Memorial Hospital (WLMH) unfold over the last few weeks. A series of announcements and emerging information has our residents concerned and leery of true motivations.

First off, let me say that WLMH values our relationship with HHS. We have had a long-standing management services agreement and extended that relationship to a full amalgamation in 2014. We are however, deeply opposed to the latest recommendation to relocate surgical and obstetrical services to other sites of HHS.

On October 22nd, HHS announced to WLMH staff that a consultant’s report recommended upgrades to the surgical and endoscopy facilities at WLMH to meet new standards introduced by Accreditation Canada. That report suggested mostly weekend closures to allow for physical upgrades. The elapsed time for the renovations is 27 months at a cost of $8.6M. HHS did not consult WLMH physicians about this report and instead announced it to them and neither sought their input nor engaged in a discussion of alternatives. Furthermore, HHS went further than the report’s recommendations and announced that surgical and obstetrical services would be unnecessarily relocated for 27 months; a step that goes way beyond mostly weekend closures recommended by the report.

In the 48 hours following the announcement 1,700 West Niagara residents participated in an all citizens’ meeting. In addition, within less than one week 18,000 citizens signed petitions and have been delivered to the Ontario Legislature.

What have we learned since the October 22nd announcement:

The above facts, developments and inconsistencies have the residents of West Niagara suspecting that HHS actions are a calculated way to hollow out WLMH, run it towards its’ demise as a Community hospital or, worse yet, lead to the hospital’s closure.

Mr. MacIsaac, we request an immediate and clear (no wiggle words) comment on the following:

1) A “firm and public” commitment to find a solution that will not require surgical and obstetrical services to be “relocated”.

3) Confirm that HHS is fully committed to the redevelopment plan for WLMH (including all services) that has been submitted to the Ministry of Health for approval. 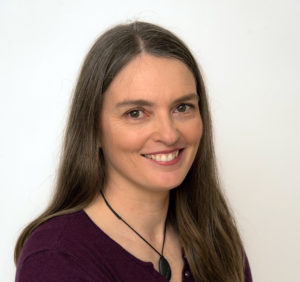